Halting Hepatitis: One of the World’s Major Public Health Crises

Hepatitis is an inflammation of the liver most commonly caused by one of five strains of a viral infection. Someone dies from hepatitis B or C every 30 seconds, which adds up to 1.5 million global deaths yearly. The tragedy is that most people who contract hepatitis are unaware they are sick until they develop acute symptoms.

Establishing its support of World Hepatitis Day (WHD), July 28, Echosens is proud to partner with the World Hepatitis Alliance to highlight the need to accelerate the fight against viral hepatitis and the importance of testing and treatment for the people who need it. The event’s theme this year of “I Can’t-Wait” is a poignant sentiment to create awareness of the problem — too many people wait for screening and treatment, especially expectant mothers and babies who need dose vaccinations to prevent hepatitis. All types of viral hepatitis can be controlled or prevented.

Creating awareness of and action to screen and treat hepatitis is a worthy effort. While Hepatitis C garners much of the world’s attention, the Hepatitis B strain is more common and causes more liver-related cancer and deaths worldwide. World Hepatitis Day was established in 2008 in honor of the physician who discovered Hepatitis B and first developed a vaccine.

According to a review in HealthAffairs, to reach the World Health Organization goal to screen 90% of chronic Hepatitis B cases with 80% treated by 2030 in the U.S. alone requires screening of 14.5 million adults of at-risk population. Achieving that milestone would reduce liver-related deaths by 47%, as well as healthcare cost savings realized through early detection.

World Hepatitis Day has grown into a major initiative to combat the disease. Echosens is a sponsor of the event as we’ve developed non-invasive ground-breaking technology to assess chronic liver disease .

As a recently published study in BMC Gastroenterology concluded, Echosen’s FibroScan® medical device successfully diagnosed a positive correlation between liver inflammation and the stage of fibrosis. A 2016 analysis by Medical Economics found that early detection combined with direct-acting antiviral therapies could reduce Hepatitis C prevalence by more than 80%.

The global community no longer needs to accept the scourge of hepatitis. World Hepatitis Day reminds us of the new promise to diagnose and treat this terrible disease. 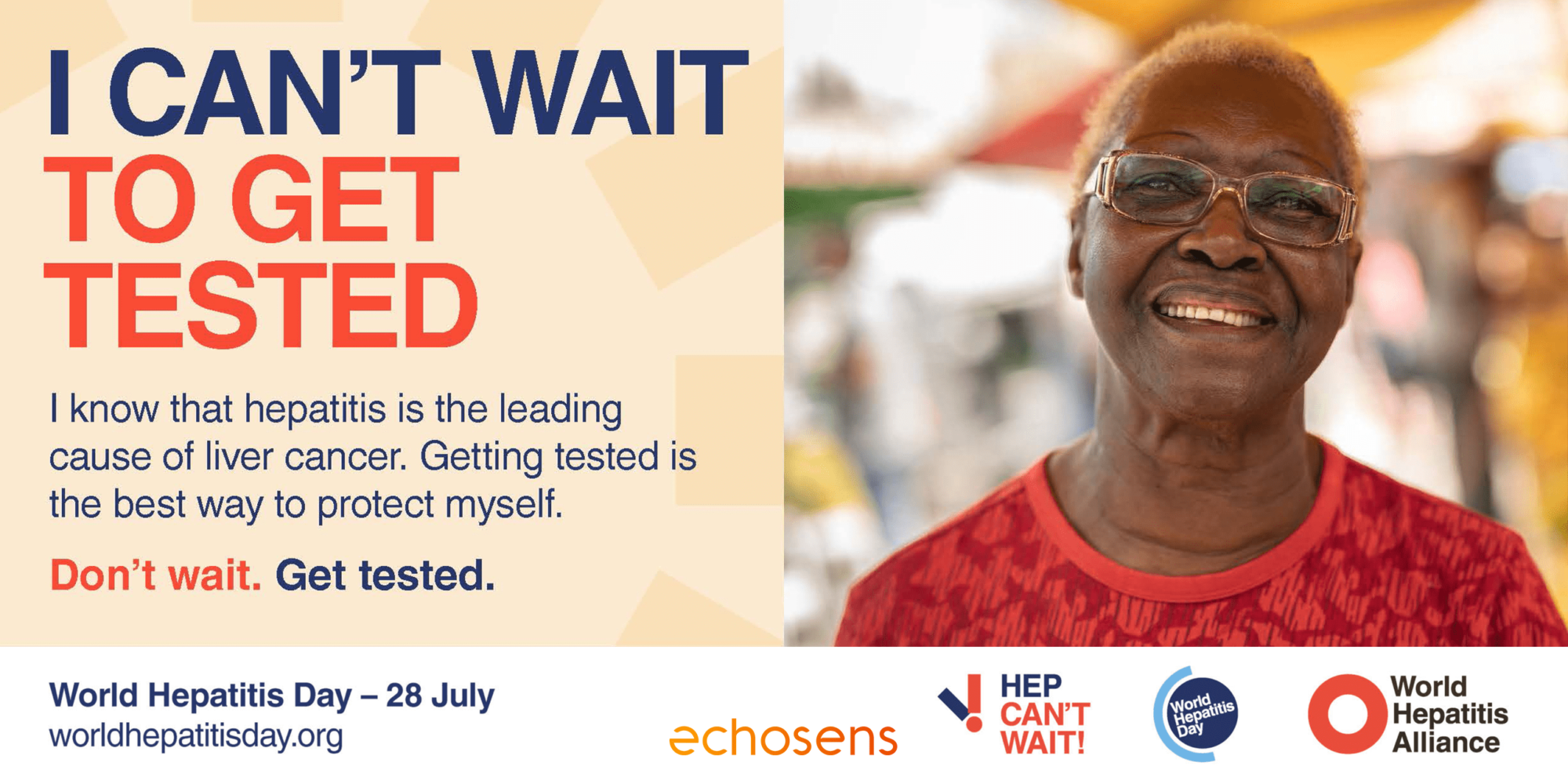