Other modalities of elastography give a type of stiffness measurement, but they may not meet the qualifications that many physicians might require in the future. These modalities employ different operating principles to measure stiffness, resulting in output that is not comparable with that produced by FibroScan®

Elastography software modules are added to ultrasound systems. The two main modalities of ultrasound elastography are Acoustic Radiation Force Imaging (ARFI) or Shear Wave Elastography (SWE). These products employ a completely different operating principle than VCTE™ in FibroScan. In clear terms, the ultrasound modalities do not measure the same phenomena in the same manner, which means that their values are not comparable. Independent societies, such as the American Gastroenterology Association has produced interpretation guidance for FibroScan VCTE, which do not apply to these other modalitiesI.

Image based modalities often rely more on the operator to determine the region of interest based on the images obtained. In addition, different manufacturers of ultrasound based elastography use different techniques to measure shear wave speed, resulting in slight to moderate differences in measurementsI.

The need for standardization of results and longitudinal consistency may have contributed to the much higher utilization of VCTE in clinical development for the NAFLD and NASH drugsII.

FibroScan is a non-imaging tool, providing quantitative, consistent estimates of liver stiffness and liver fat. It is designed to be operated by a medical assistant, with quantitative estimates interpreted by the healthcare provider.

The examination with FibroScan defines a consistent three cubic centimeter region of interest (100x greater than that of a liver biopsy) and guides the operator through the examination to assess this region, reducing inter-operator variability and improving consistency of results. These estimates can be combined with blood biomarkers to produce scores that have the potential to support care decisions over time, from diagnosis through treatment.

Imaging modalities such as ARFI can provide the elastographic images and values of liver lesions, which is helpful in the differentiation between benign and malignant liver lesionsiii. This ability to identify malignant lesions may make these imaging modalities more valuable for liver cancer screening of cirrhotics as opposed to identifying patients with advancing liver disease in point of care. This also may enter into decisions around the personnel involved operating and interpreting the liver elastography results, especially with asymptomatic diseases in the point of care.

Unlike these other modalities, FibroScan was designed to be performed in the point of care settings to cost effectively identify patients with advancing liver disease who are at higher risk for malignant lesions. Per AASLD guidelines, patients identified with advancing liver disease are to be followed up and monitored for liver cancer by imaging modalities, such as MRI, CT, and ultrasound. While specialist sonographers and radiologists may not be necessary to perform imaging based elastography in point of care, the expertise in point of care may not be sufficient to ensure that potential liver cancer is identified during the initial screening and diagnosis.

Evidence Matters: The Value of Quantification with FibroScan

Most recently, Echosens has released the FASTTM score. The FAST score is a probability of a patient having active Fibrotic NASH as defined by NASH plus a NAS score ≥4 and a fibrosis score of ≥2. This score was developed based on a 1,400 patient prospective study of suspected NAFLD, who were to undergo liver biopsy. FAST is composed of the liver stiffness by VCTE and CAP scores by FibroScan combined with AST and represents a cost effective and scalable option to better risk stratify patients in point of care for clinical trials or treatmentIV.

This score is being adopted as a pre-screening tool by many of the pharmaceutical companies developing drugs in Phase 3 and if successful, may become a standard when the drugs are commercialized. FAST and other FibroScan based scores will be developed as non-invasive tools for diagnosing and monitoring results to therapy.

Unlike other modalities, only FibroScan has been included in over 2,300 scientific publications across all etiologies of liver disease, which supports the technique as a reference for non-invasive tests in the major Association guidelines, including those for viral hepatitis and NAFLD-NASHV. FibroScan, with its patented CAP measurement, simultaneously provides a quantitative estimate of liver fat content. The NASH CRN, a major research network for fatty liver trials, has developed intitial case definitions for CAP to assess liver fat content for clinical researchVI. This is a very important capability to support a NAFLD diagnosis and to assess response to current and future interventions.

Examinations with FibroScan are reimbursed under Category 1 CPT code 91200. This code descriptor is “Liver elastography, mechanically induced shear wave (e.g., vibration), without imaging, with interpretation and report”. This code is exclusive from that of ultrasound-based modalities in that the FibroScan shear wave is mechanically induced and there is no image produced. Unlike ultrasound-based modalities, most commercial insurers have determined examinations with FibroScan to be medically necessary and often provide broad coverage across chronic liver diseaseVII.

Finally, FibroScan offers a portable solution to addressing the growing prevalence of NAFLD. It is estimated that as many as 85MM Americans are affected by elevated liver fat, of which 7.2MM have NASH with advancing fibrosis. While most will not experience liver disease, most will be at risk for greater mortality and morbidity from cardiovascular disease. FibroScan has the ability to bring advanced technology to rapidly and non-invasively measure liver stiffness and fat to where patients receive care. This can lead to better risk stratification and monitoring of liver health and may result in improved outcomes from earlier intervention. In turn, this may reduce costs and improve patient and provider satisfaction.

FibroScan®: Intended Use / Indications for Use

The FAST™ score calculator is a tool for clinicians to calculate the probability a patient with suspicion of NAFLD as having active fibrotic-NASH (NASH+NAS ≥4+ F≥2). The calculator takes into account LSM by VCTE™, CAP™ and AST, and was developed based on a prospective multicenter study and published in peer-reviewed literature. The FAST™ score and calculator are presented as an educational service intended for licensed healthcare professionals. While this score is about specific medical and healthcare issues, it is not a substitute for or replacement of personalized medical advice and is not intended to be used as the sole basis for making individualized medical or health-related decisions.

AST: Aspartate aminotransferase, which can be collected within 6 months of the examination with FibroScan.

i EFSUMB Guidelines and Recommendations on the Clinical Use of Liver Ultrasound Elastography, Update 2017.

ii Clinicaltrials.gov. Search for ARFI and/or SWE vs FibroScan among trials in NASH, NAFLD.

vi Siddiqui etal. Case Definitions for Inclusion and Analysis of Endpoints in Clinical Trials for Nonalcoholic Steatohepatitis Through the Lens of Regulatory Science, Hepatology Special Article, 2017. 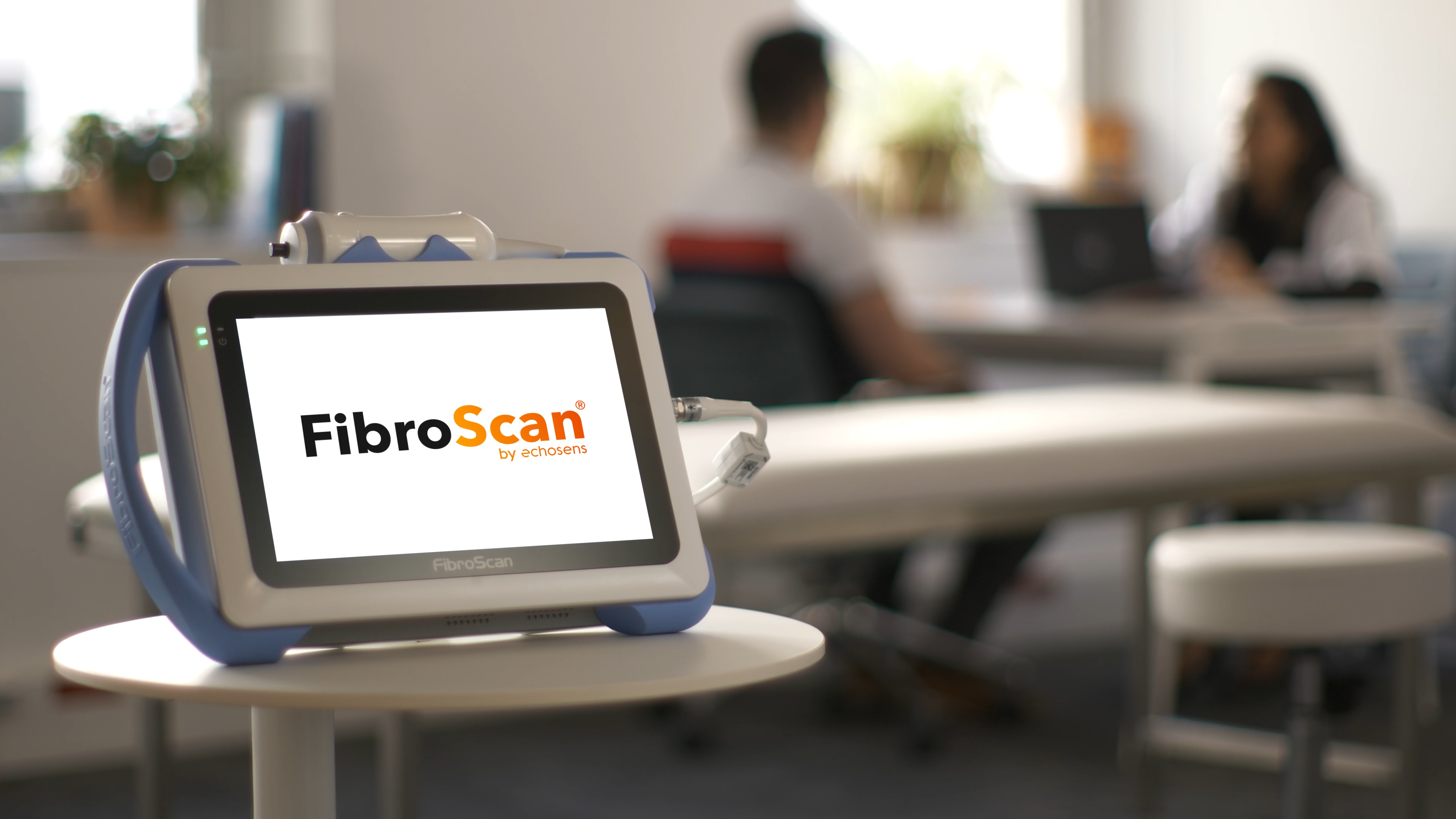