Raising Awareness About the Link Between Alcohol and Liver Disease

During the week of March 22-28, 2021, National Drug and Alcohol Facts Week, Echosens is helping to spread the word about the dangers of alcohol misuse and fatty liver disease.

National Drug and Alcohol Facts Week links students with scientists and other experts to counteract the myths about drugs and alcohol that teens get from the internet, social media, TV, movies, music or friends. Launched in 2010 by scientists at the National Institute on Drug Abuse (NIDA) to stimulate educational events in communities so teens can learn what science has taught us about drug use and addiction, this observance is timely with new data showing over 95,000 men and women die from alcohol-related causes each year.

Echosens believes this is an excellent time to also raise awareness about the impact of alcohol on liver health and the growing issue of fatty liver diseases (FLD), alcoholic liver disease (ALD) and nonalcoholic fatty liver disease (NAFLD), which is related to a build-up of extra fat in liver cells that is caused by lifestyle and dietary choices. Together, NAFLD and ALD are among the most frequent causes of chronic liver disease in the United States and represent the leading indications for liver transplant.

ALD represents a broad spectrum of disorders ranging from simple steatosis (the buildup of fats in the liver), to steatohepatitis (fat accumulation accompanied by inflammation), and necrosis (a condition in which cells of the liver become damaged and die) and cirrhosis (late-stage liver disease in which healthy liver tissue is replaced with scar tissue and the liver is permanently damaged). Clinically, patients can be asymptomatic or present with acute severe alcoholic hepatitis (AH) with and without cirrhosis.

How Much is Too Much?

Excessive drinking is defined as more than one drink per day for women and more than one or two drinks per day for men. Alcohol misuse is associated with an increased risk not only for liver disease, but also irregular heart rhythms and heart failure, stomach ulcers, brain damage, stroke, cancer, sleep difficulty, osteoporosis, malnutrition, high blood pressure, dementia, difficulty concentrating, depression, weight gain and anxiety. In pregnant women who drink alcohol, there is also a danger that the baby will develop physical and psychological problems.

Liver damage from drinking too much alcohol occurs in stages. Relatively mild damage can happen after a single binge drinking episode, but this reverses itself if the heavy alcohol use stops. If heavy drinking continues, however, liver damage can progress to several more advanced stages, including cirrhosis, and reversal of liver damage becomes much more difficult and may lead to the need for a liver transplant.

Systematic screening for liver fibrosis in heavy-drinking patients is a challenge, but studies show definitive results from FibroScan®, a non-invasive technology that quickly provides a quantitative assessment of liver stiffness and liver fat at the point of care.

Researchers have concluded that FibroScan® is effective for assessing liver fibrosis in alcoholic patients and that instant screening of liver fibrosis in heavy drinkers is feasible without liver biopsy. FibroScan makes it possible to quickly and non-invasively combat liver disease when caught early. Designed as a portable, point-of-care tool, FibroScan® can be operated by a medical assistant and interpreted by a healthcare professional.

During National Drug and Alcohol Facts Week, people of all ages should take the time to rethink their drinking habits and encourage friends and family to discuss the risks of alcohol abuse with teens. This will lead to a better understanding about how excessive alcohol consumption impacts individual liver health and overall health and well-being. 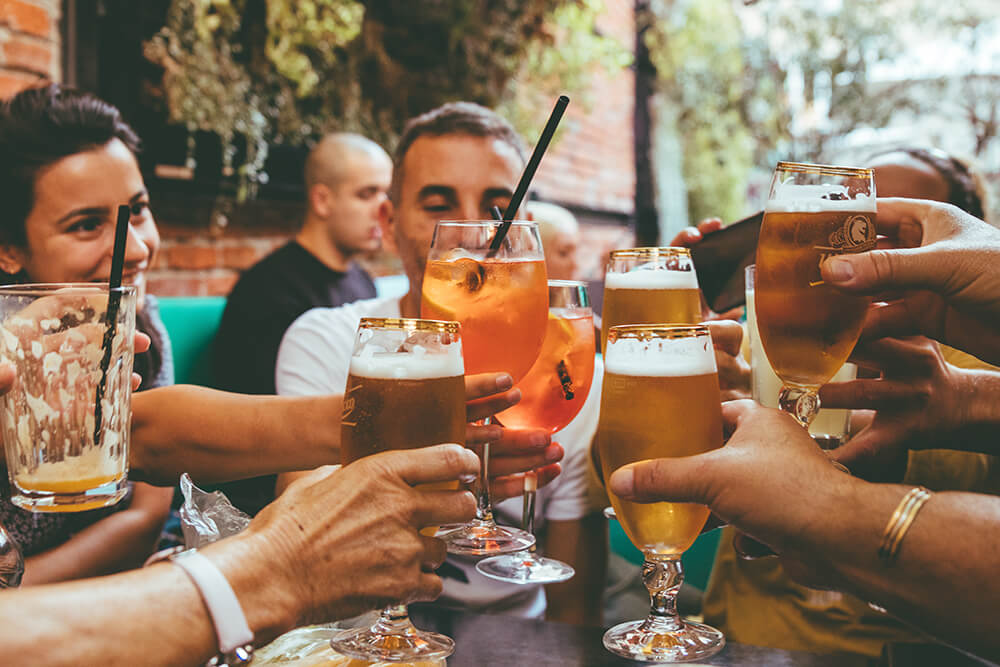